Egypt’s rich heritage and ancient culture have made it one of the world’s most popular tourism destinations for over a generation. While it’s environment along the edges of the Sahara Desert have often seemed inhospitable, its people are among the world’s most gracious hosts.

So dependant is Egypt’s economy on the tourism industry that it even has its own dedicated tourism police force.

But Egypt has suffered in the last two years. The negative press in western media – some of it fair, much of it exaggerated – has put a dent in the tourism. that, in turn, has put a hole in the pockets of many ordinary Egyptian families whose livelihood depends on its travel industry.

It was under those circumstances that I met, and became inspired by, Mahmoud Gebril, the founder of Osiris Tours.

Born in the heart of the Middle East,, Mahmoud has always had a love for his homeland, its heritage and its people.

As a young adult, he took this passion to El Minia University where he studied for his B.A in Ancient Egyptian history and  travel management. While studying, he worked at a Red Sea Resort gaining valuable experience in the travel industry.

In 2005, Mahmoud received his license as a Certified Egyptologist and English-speaking tour guide from the ministry of Tourism in Egypt. Shortly after, he moved to Luxor in Upper Egypt where he worked as an Egyptologist and tour guide for some of the most well-known travel agencies in Egypt.

His expertise took him beyond Egypt and into Jordan, Morocco, Turkey and Dubai where he excelled as a tour guide who was able to give much more than just pat answers and directions to the nearest bus stop.

In 2013, with the negative press growing and affecting Egypt’s tourism, Mahmoud headed for the USA with an idea.

How could he contribute to the health of Egypt’s tourism and counter the fears that people in the west were having over travelling to what they had been told was a land full of danger?

Mahmoud began studying at Wilmington University in Delaware. There, he received a Master of Science in Business Management and Marketing.

And in 2015, he took all of that experience and training to launch a unique travel experience in Egypt: Osiris Tours.

The Aim: To provide  a unique travel experience for his clients.

“Working as an Egyptologist and tour guide for more than 10 years I had a direct connection with my clients, I knew what worked for them and what didn’t. I started customising each client’s itinerary from the ground up”, says Gebril.

Itineraries were drawn up according to each client’s schedule and budget, as well as their particular interests. And the icing on the cake? Each itinerary included their own private tour guide for the entire trip.

What’s more, Mahmoud ensured that each Private guide would hold qualifications as a fully certified Egyptologist. The concept has caught on quick.

Having your own private guide to take care of all the little details throughout the day: The transport through busy Cairo, getting you to your favourite restaurant and catering to your schedule, provides visitors with a truly amazing (not to mention luxurious) experience.

Perhaps more importantly, it has provided travellers with a level of safety and assurance that that you often won’t get if you buy an off the shelf travel package.

Over-charged by the cab driver? Won’t happen. Need to stop the schedule because of ill health or a sudden desire to change your plans? Easy. Your guide is there. Your guide is street smart and he is able to turn on a dime.

Your guide is also able to give you what a lot of other travel guides can’t. Real knowledge of the sites you are going to see and the places you are going to visit. From the Pyramids of Giza to the Red Sea and the Temples of Luxor, your private guide does not need Lonely Planet to describe the history and beauty of what you are seeing.

Visitors to Egypt are now getting to see Egypt through Egyptian eyes.

“Travelling to any of our destinations with an Osiris guide is going to be a lifetime trip for our clients”, says Gerbil. “Our guides strive to make your trip as memorable and unique as possible. Their jobs depend on it.”

“We don’t treat our clients as just tourists who are there to do the, “touristy stuff”. We take it a step further and teach them about the history, culture, customs, habits, heritage, language, food, and much more.

The Osiris team work alongside the Egyptian Tourism Police who provide Osiris Tours with up-to-date information on everything that’s going on in and around the cities in order to keep their clients safe.

“The safety of our clients is our top priority and Osiris Tours is a company that is earning its reputation. If at any time we had a doubt about safety in Egypt, we simply wouldn’t organize a tour.”, says Gebril.

“Tourism is the backbone of the national economy in Egypt”, says Gebril, “and Egyptians are friendly and welcoming to all visitors.We want people to visit and we want them to enjoy it.”

To say that tourism is the backbone of the national economy is no understatement. But tourist dollars are not only keeping the economy going, they are also helping to preserve some of the most valuable treasures of human antiquity.

A touching story from Mahmoud puts it best.

“There is a beautiful temple in Upper Egypt called Abu Simbel. When Egypt decided to build the a nearby dam in the sixties, the high level of the water threatened this temple.

The Egyptian Government had launched a worldwide campaign and asked people from all over the world to donate to save the temple because the Egyptian government didn’t have enough funds to save it.

In 2006 I was guiding an American family from California to the Abu Simbel Temple. Once we arrived at the temple, the who was almost 50 years old at that time, started crying as she looked at the huge statue in front of the temple.

I really got worried because I thought something is wrong with this nice lady. But few minutes later she looked at me and said, “I participated in saving this”.

My client was in high school at the time and had save up $20 which she sent to Egypt in an envelope which read, “for saving Abu Simbel”. And now here she is looking at it 40 years later.”

It makes you wonder: Will we still be able to see these remarkable sites and visit these beautiful places 40 years from now? I hope so. 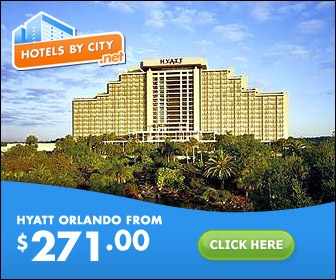 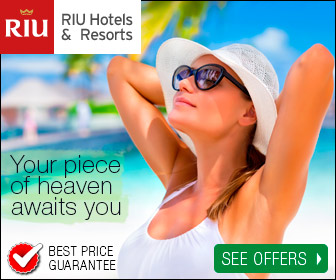